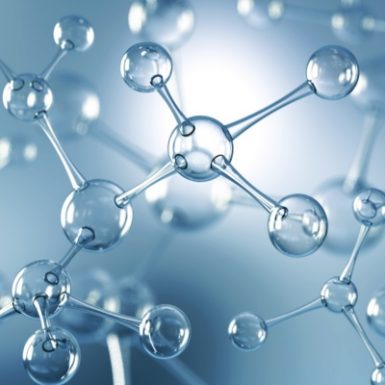 The variety of drugs  currently available on the market is huge. The most popular and most convenient form are tablets. One of the features common to most of them is the structure of active particles – usually it is a crystalline form. Undoubtedly the advantage of this structural variant is stability – drugs in this form can lie on the pharmacy shelves for years, without losing their medicinal properties. However, this solution is not without its drawbacks. Crystalline substances often are characterized by poor solubility as well as low bioavailability. This means that as little as twenty or even below ten percent of the active substances of some drugs are actually absorbed. The remaining part of the active substance is metabolized and excreted, while effecting the body in adverse manner. It is estimated that about 70% of drugs available on the market in solid forms and about 40% of newly developed active substances are characterized by low solubility. That is a lot, given that we are talking about drugs that have successfully gone through a long and meticulous process of clinical trials and  admission to distribution.

One of the solutions to the problem of low solubility and bioavailability of some drugs may be the use of an alternative to the crystalline form of the active substance, which is the amorphous form. Chemical particles in amorphous form partly resemble solids and partly liquids. The amorphous substance is actually a solid, but the arrangement of its molecules is not ordered, but chaotic, which is characteristic of liquids. This solves the problem of low solubility and can have a positive effect on increasing bioavailability, which consequently means many practical advantages of amorphous drug. One of them is a significant, even dozenfold or so, improvement in efficiency. In other words, a smaller amount of active substance can have the same effect as a larger crystalline dose of the same substance. So, such compounds work more effectively and they can be absorbed faster while reducing side effects. Amorphization allows to reduce the dose of the drug. For patients, this may mean smaller, more convenient pills to swallow.

Amorphousness is a phenomenon well known to science. The associated problem is the high instability of amorphous compounds, that may lead to recrystallization on the pharmacy shelf or in the patient’s body. As a result of this process, the drug automatically returns to its original crystalline form under the influence of various stimuli, such as moisture, light or temperature. So, the current technological challenge is to maintain the stability of the structures of amorphous particles – to cause  the drug to retain its amorphous form and its medicinal properties both during shelf life of at least three years, as well as after contact with the human digestive tract.

This problem has been studied for several years by professor Marian Paluch with his team at the Department of Biophysics and Molecular Physics of the University of Silesia. The team has achieved many successes on an international scale. The professor’s team belongs to a small group of scientists achieving significant results in this area of research. As a result of research, prof. Paluch’s team has developed methods to effectively stabilize amorphous substances for a long enough period for medical applications. The team has already obtained several patents in this field as well as filed several further patent applications.

The key members of the research team are also shareholders of Amorphis Pharma Development. The shareholders also include experienced managers specializing in the pharmaceutical market (HMC) and a special purpose company of the University of Silesia (SPIN-US), providing substantive support and scientific and research facilities. INNOventure fund is also a shareholder of the enterprise. Amorphis Pharma Development (APD), using the knowledge and resources of all its shareholders, develops its unique specialization in the Polish market in the amorphization and stabilization of pharmaceutical active substances to create drugs from the Added Value Medicines segment that have a chance of success on a global scale.

The company aims to commercially use the stabilization method by creating drugs containing an amorphous form of active substances as well as undertaking cooperation with other pharmaceutical companies in creating innovative drugs based on the amorphous forms of drugs. The company already has two stabilized active substances in amorphous form and is currently working on developing a drug containing one of them. An important advantage of this project is the possibility of a relatively quick transition from the laboratory research phase to market implementation, which constitutes a significant competitive advantage in relation to projects concentrating on the development of new pharmaceutical active substances.