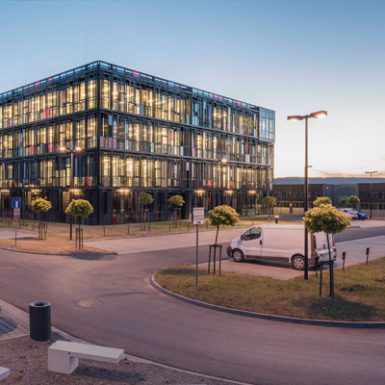 Like in the Hindu parable about blind people describing an elephant based on the part of its body they are touching, a venture capital fund may be perceived differently by people contacting it on different matters. From the point of view of entrepreneurs looking for financing, and then in popular belief, the fund is an organization investing its money in companies at an early stage of development. However, for fund managers, it is rather an entity buying shares in companies for their later profitable resale. Just like a confectionery is a company operating in cake production and sales, and not in flour-, eggs- and sugar-buying business.

In order to be able to buy shares in young enterprises, the venture capital fund must raise funds. Here investors appear on the scene. From their point of view, the fund is a kind of investment that serves the purpose of multiplying capital – a kind of alternative to buying shares, bonds or other financial instruments. It is also a pool of funds that the fund management team invests in promising ventures and multiplies by disinvesting – selling shares to another investor or the originators themselves, redeeming them or carrying out an initial public offering of company stocks. It is also worth remembering that each fund must “close” after the set time, to settle accounts with investors, and this imposes many specific mechanisms that are not always obvious to companies seeking financing.

Between the moment of purchase and the moment of sale of shares in the enterprise, the venture capital fund does not only passively observe the events. Instead, it tries to make sure that the company in which it bought shares will grow in the best way possible. VC fund tries to find a state of delicate balance, because it does not want to leave matters entirely to themselves nor to interfere with business management, because this is not the role of the fund. It will certainly keep its finger on the pulse by introducing its representatives to the supervisory board. In addition, it will support the company using its knowledge, experience, influence and reputation in the business ecosystem. Let’s go back to the confectionary analogy for a moment: when choosing the fund, the startup founders should consciously decide whether they prefer to deal more with the fund that acts like a commercial entity (that buy biscuits cheaply and sells them expensively), or rather with a fund that is interested in first processing the flour and eggs into a large and valuable cake that then selling its slice at the end.
As in all trade negotiations, also when contacting a venture capital fund, the entrepreneur will most likely increase his chances of success if he understands the other side’s point of view and the factors that determine its operation. The fund buys with sale in mind, is responsible to its investors and does not want to replace the manager in the financed enterprise.

(INNOventure takes part in the Polish edition of Nicolaj Højer Nielsen’s “The Startup Funding Book.” You will find in it the above text (in Polish, obviously) and many more.